Home / Decor / Hurricane lamp with berries. Great and easy for our ABF Christmas Party at ABOC… 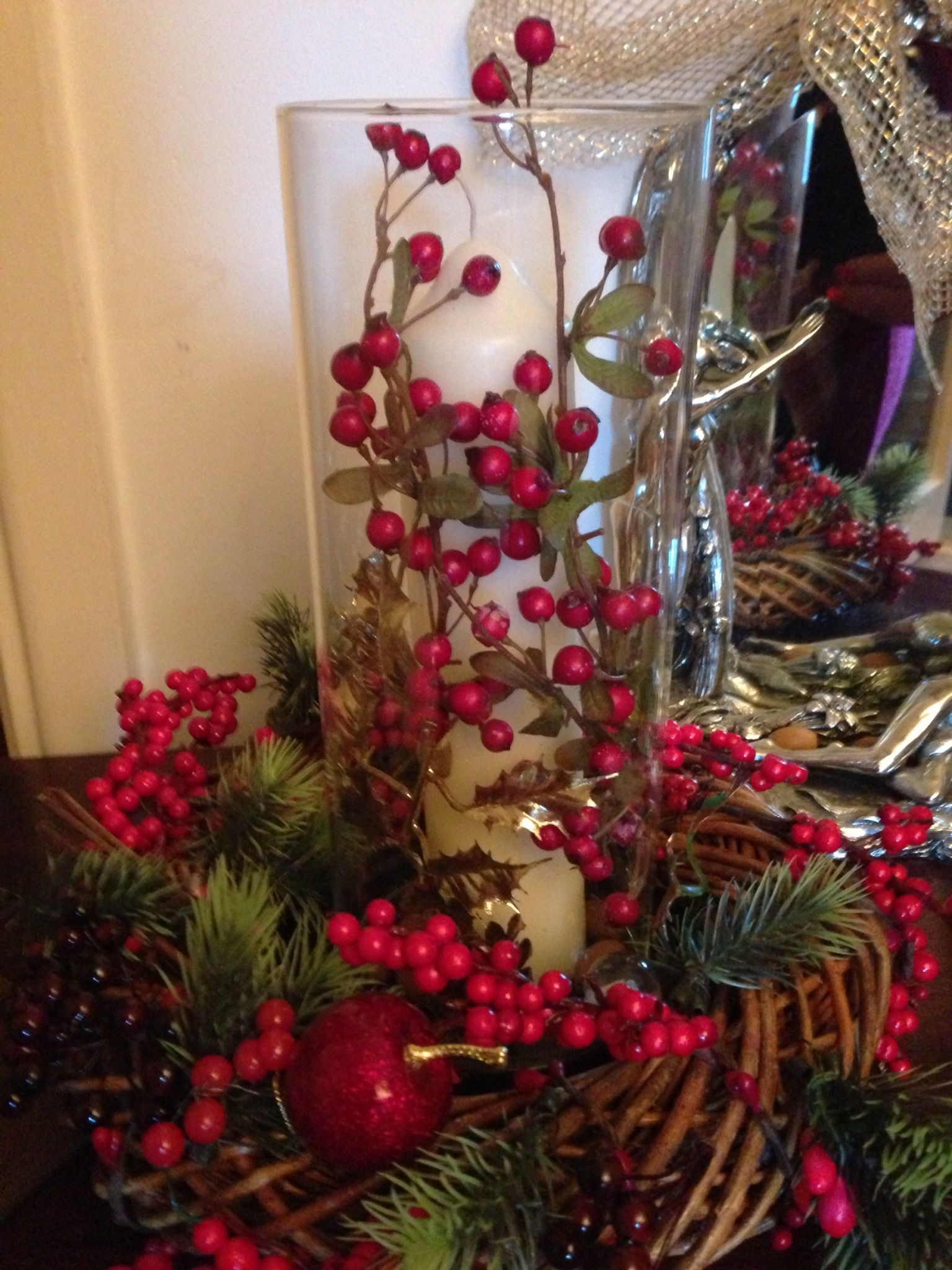 Hurricane lamp with berries. Great and easy for our ABF Christmas Party at ABOCA’s. Spray the straw wreaths brown. Tuck artificial greenery and berries in the wreath, then add berries around the candles in the hurricane lamps. Would be simple to pack, stack and decorate. And would add a lot of Christmas to our gathering.