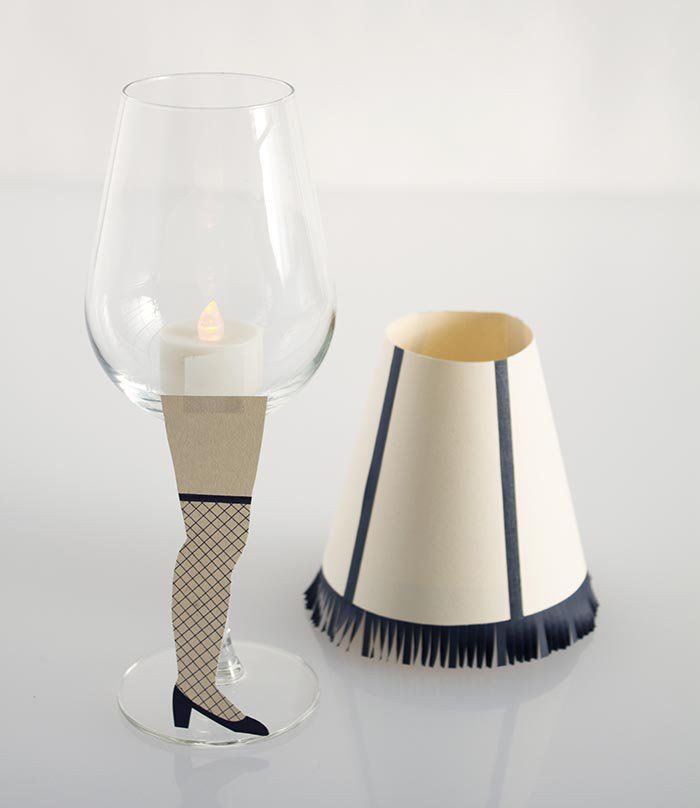 Turn a classic Christmas movie into some classy dinner table decor with this ingenious wine glass leg lamp tutorial inspired by A Christmas Story from David Stark Design over at Design Sponge.