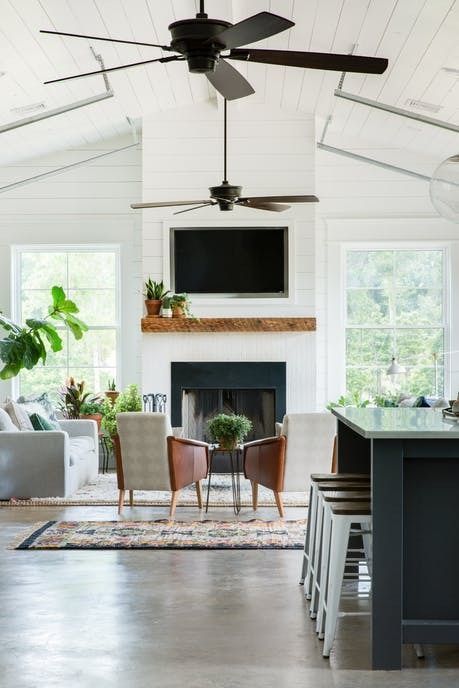 The best sleek and modern ceiling fans for the perfect modern farmhouse home.